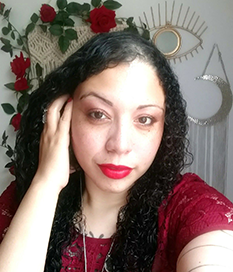 The Orgone Pyramid – How Does It Work and Its Uses

The Orgone Pyramid – How Does It Work and Its Uses. The term orgonite refers to a mix of quartz crystals, semi-precious gemstones, metals and resin in a combination that is said to balance out the life-energy that we also know as prana, chi or orgone. This natural Earth energy is considered the most powerful energy there is and it resonates with Schumann’s fundamental global frequency of 7.83 Hz. This resonance is considered to be the “heartbeat” of our planet.

The first person to introduce the term “orgone” was Austrian psychoanalyst Wilhelm Reich of the early 20th century, who also referred to this energy as the God energy. The orgone pyramids are built on his findings and research.

How Does an Orgone Pyramid Work?

Orgone pyramids are made of a mix of organic (resin) and non-organic materials (metal shavings) that have the property of moving the orgone energy back and forth and act as a cleansing of the stagnant, negative energies. In other words, the organic materials absorb the vital, orgonic energy, while the non-organic components disperse it back in all directions.

When you add crystals and semi-precious gemstones to the mix, they are electrically charged by the resin, that contracts them. Hence, the powerful healing effects of the crystals are magnified in an orgone pyramid. Last but not least, the orgone pyramids follow the exact proportions of the Great Pyramid of Giza from Egypt, that makes the device even more powerful due to the pyramid effect.

The Benefits of Using Orgone Pyramids

When placed in work, living or sleeping spaces, orgone pyramids have the ability to clean the energies in the room and protect the individuals from the EMF radiation. However, they have shown to have health benefits as well. Laboratory researches that when exposed to this resonance, living body cells strengthen up their immunity and reach optimal physical and psychological health. What orgone pyramids can do for you:

There are many others uses and benefits of the orgone pyramids. If you make a short online research you will find many experiments proving their powerful effects. All in all, people have reported orgone pyramids have helped their overall lives, spiritually, mentally and spiritually.

The different kinds of Orgone Pyramids

Here are just a few different uses of Orgone Pyramids

-Spiritual protection and to ward off the evil eye

The list goes on and one. There’s no limit of what you can create with the right combination of crystals in an Orgone Pyramid.

How I use personally use these magical powerful Orgone Pyramids

I love these little Pyramids. I have four white ones around my spiritual shrines corners, which is dedicated to my higher spirits of light. This helps me connect my higher spirits and keeps my sacred space clear of negative vibrations.

I love plants and grow many different kinds of spiritual plants at home. I can honestly say that by me placing these orgone pyramids by them I have seen my plants grow at a much faster rate and taller compared to the year before.

For business, ideas guess what I have near me? The money magnet Orgone Pyramid. Ideas and clients flow faster in. You can feel the electric charge in your hand while you hold one. It is scientifically proven.

I have had my clients tell me that their sex life has also improved with their partner since they have placed a Garnet and rose quartz mixed orgone pyramid one by their bed which enhances one’s sex life.

God created different natural stones on this earth to help humanity. Just like he did in the creation of the trees and the water everything in nature has its purpose. Work with the natural crystal orgone pyramids to empower and enhance the different areas of your life that you choose too. All you have to do is hold one in your hand or keep it around you. Their practical, powerful and such an eye candy.

And I leave off with this quote by Telsa: “In a crystal, we have clear evidence of the existence of a formative life principle, and though we cannot understand the life of a crystal, it is nonetheless a living being.”

Are you intrested owning your own Orgone Pyrmid ?

I love and believe in these Orgone pyramids so much that I’ve decided to sell them to help others. Each Orgone Pyrmid that I sell is cleansed with rainwater by me and then spiritual charge by me for each person’s personal intention.

Have a special request ? Contact me HERE and I will see if it is possible

Hi, I am Emilie (Emmy). I am here to help you. I am a professional tarot reader from NYC who is well versed in tarot divination, Lenormand divination, Coffee cup divination, dice readings and more.

In-Person readings and events are only available at selective times/seasons. You can read my bio here and read my clients feedback here.

Learn 6 ways to attract your love soulmate. Free PDF when you subscribe below👇